Owner and operator Greg Kain grew up fishing. When he became an adult he knew there was no better place to be than on a boat, reel in hand. This company is his passion.

It all began years ago with Greg Kain, owner and operator. His parents started him out young, camping and fishing all over Washington State. When he was old enough he spent weekends and summers searching for steelhead on the river he calls home, the Cowlitz, along his Grandma Fish’s (his nickname for his Grandma) property.

He bought his first boat before he had a drivers license or even a truck to tow it. It was an old drift boat he saw in a batch of weeds along the route his school bus drove. When he found the owner, he bought it and made it his own. He became good at convincing his older friends to go fishing with him—with the promise that they’d tow the boat and take him along as a guide.

As soon as he graduated from high school he took his skills to the professional level, guiding steelhead trips on rivers throughout Washington. It was only four years later he got his coast guard license, and began making a name for himself in the industry.

After a number of years in the Pacific Northwest he felt Sitka, Alaska calling for—you guessed it—the fish. He never left. Over the last two decades he’s grown his operation to four boats and a lodge that feels like home. And he still visits his home river and others in the region, when he can get away.

Of course, today Kain’s Fishing Adventures is far too large to be a one man endeavor. Our crew has grown, but hasn’t ever lost that passion and dedication to fishing. Meet the rest of the team: 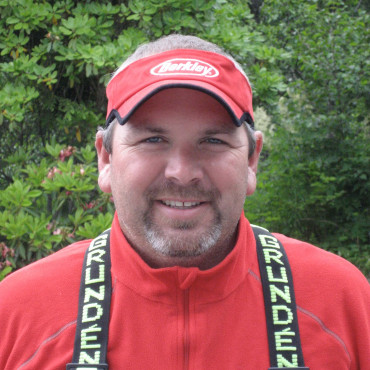 Greg enjoys catching all kinds fish, although his favorite is the spring chinook which can be found in the rivers of southwest Washington state. He spends hours fine-tuning his gear, so he has the sport down to an exact science. He wants to catch, not just fish for, this elusive salmon.

Greg’s passion for fishing carries over into his pursuit for hunting big game. You will find him hunting for deer and elk in different parts of the United States in the fall — and even hunting abroad.

Administrator and Lodge Manager since 2007

She fell in love with fishing for steelhead after a trip on the Snake River in southeast Washington state with Greg. The strategy to catch a steelhead can be tougher than bringing one onto the boat, which makes it a fun challenge. When not taking care of the day-to-day operations at Kain’s, you can find Michelle enjoying the peace and quiet on the Snake River, visiting with family and taking an occasional non-fishing vacation. 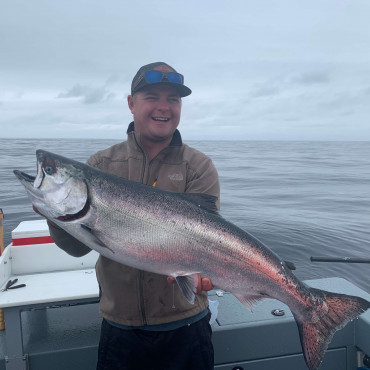 Montana-raised Evan started working as a deckhand for one of our captains that he went to school with in Bozeman. He started his position as a boat captain for Kain’s during the 2018 season. He loves any fish that bites — although he does like how hard Alaskan king salmon fight. His hobbies include watching any and all sports and waterfowl hunting with his dog, Judge, in Montana in the winters. 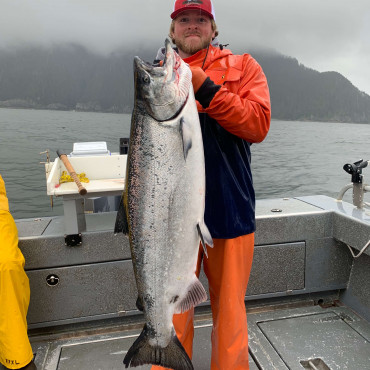 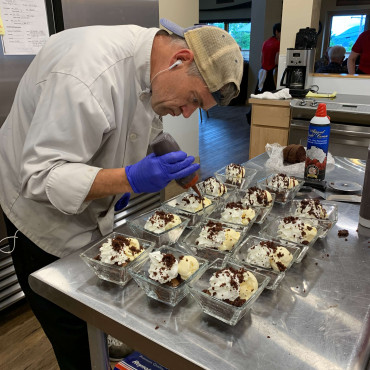 Our chefs prepare breakfast, lunch, appetizers and dinner each and every day. Their commitment is evident — they delight all our guests, both in the dining room at the lodge and on the ocean while fishing.

Our hostess keeps the lodge spic and span — so everyone feels welcome and gets a good night’s sleep to prepare for our full days of fishing.

Our fish processors get the catch from the dock and into the freezer each day. While our guests are fishing, our processors box up the previous day’s fish, getting it all ready to fly out with our guests when they head home.